The rap industry has very few female Grammy award winners, especially when some of the greatest female rappers, like Nicki Minaj, have never won a Grammy award throughout their careers. After conducting extensive research on this topic, we have put together a list of six female rappers who have Grammys, so without further ado, let’s begin.

The American rapper Lil’ Kim has been in the rap industry for over two decades, and she has released several bangers throughout her career, some of which include “No Time,” “Magic Stick,” and “The Jump Off.” According to research, Lil’ Kim has received 6 Grammy nominations, and she has one Grammy award to her name.

The American rapper Dana Elaine Owens, better known as Queen Latifah, made her mark in the hip-hop industry by rapping about issues surrounding being a black woman. The talented rapper has won numerous awards throughout her career, and according to Wikipedia, she has one Grammy award and has received seven Grammy award nominations.

The American rapper Megan Jovon Pete, better known as Megan Thee Stallion, is one of the most famous female rappers, and she gained public attention after videos of her freestyle went viral across social media platforms. The gifted rapper has received six Grammy nominations and has won three Grammy awards so far.

The American rapper, actress, and television presenter, Eve Jihan Cooper, gained widespread recognition after the release of her debut studio album titled “Let There Be Eve…Ruff Ryders’ First Lady.” The beautiful rapper currently has one Grammy Award to her name, and she has received five Grammy Award nominations throughout her career.

The American rapper, songwriter, and actress, Lauryn Noelle Hill, has released several notable albums throughout her career, and she is unarguably one of the greatest female rappers of all time. Hill has received numerous accolades, and she’s on this list because, according to research, she has won 8 Grammy awards and has gotten 19 Grammy award nominations.

The American rapper Belcalis Marlenis Almánzar, better known as Cardi B, has worked alongside several notable artists, and she is another female rapper with a Grammy Award. Cardi gained widespread recognition after songs from her debut studio album, “Invasion of Privacy,” went viral, and according to Wikipedia, she has one Grammy Award and has received 9 Grammy nominations. 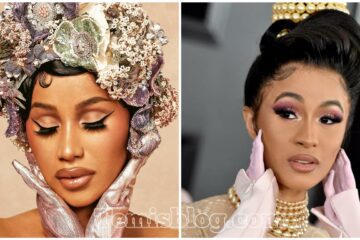 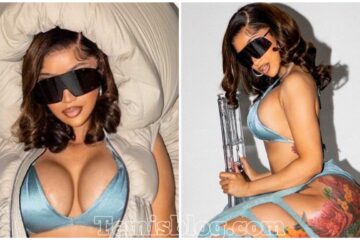 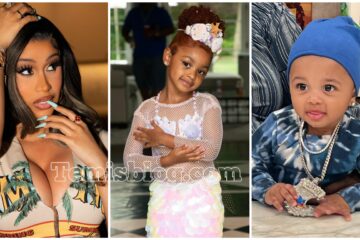