Cardi B’s daughter, Kulture is showing her caring side!

The Cardi B  shared images of Kulture, 4, smiling and gently holding a small duck in the Dominican Republic on Tuesday, where her family originally hails from.

Alongside the adorable images, Cardi B added the caption “Country Life.”

The photos were complemented by a video of Kulture hanging out with some of the rapper’s relatives and even talking to them in Spanish to ask for some water.

Like most 4-year-olds, however, Kulture then used the universal language of sticking out her tongue to emphasize just how hot it was in the Caribbean nation.

Cardi B and husband Offset, 29, welcomed their baby girl in July 2018. She was the rapper’s first child and Offset’s fourth, as he has three children from previous relationships: daughter Kalea, 7, and sons Kody, 7, and Jordan, 12.

The couple also welcomed their second child together, a son, Wave, last September.

In the July/August issue of Vogue Singapore, Cardi opened up about her hands-on approach to parenting Wave and Kulture, revealing that she tries to ensure they stay humble despite their parents’ means.

“They need to know to never feel comfortable. Don’t ever feel like, ‘I’m going to get it because I’m Cardi and Offset’s kid,’ ” she explained.

“They are never going to know what struggle feels like, so they might not have that hunger I had to leave the streets.”

“Even though my kids are well-off, I want them to know that when you work for things and achieve it, it’s more respected — especially when people see that you bust your ass for it,” the hitmaker added.

Offset opened up about the beauty of his blended family in an April interview with Essence.

“It’s a blessing to be able to have them all together, and to have a wife who’s open and treats them as if they’re her kids,” he said. “It could be an issue, but I don’t have to go through that, and that’s beautiful.”

“I feel like sometimes people go into a relationship with a man or a woman who has kids with negativity — and I feel like people should embrace it, and love it,” added the “I Like It” rapper. “I love our family, and I wouldn’t want it any other way.” 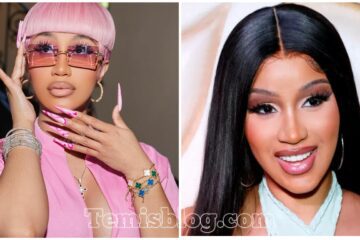 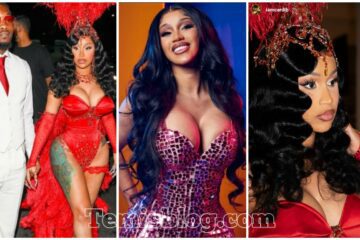