Chris Rock has reportedly turned down Academy’s invitation to host Oscars 2023 and he joked about the same during his recent show.

Chris Rock has reportedly turned down the offer to host the Academy Awards 2023  following the Will Smith altercation that took place at Oscars 2022. As reported by the Arizona Republic, the comedian spoke about the same during his recent show at Arizona Financial Theatre in downtown Phoenix where he revealed that he was approached by the Academy.

According to the report, during his show, Rock reportedly compared accepting the Oscars hosting gig to returning to the scene of a cr*me, referencing the murd*r trial of O.J. Simpson, whose former-wife’s k*lling began with her leaving a pair of eyeglasses at an Italian restaurant. Rock said “returning to the Oscars would be like asking Nicole Brown Simpson to go back to the restaurant.”

At the Oscars 2022, Rock who was presenting the Best Documentary Award when he was sl*pped on stage by Will Smith after the comedian made a joke about his wife, Jada Pinkett-Smith. Following the sl*p incident, Smith posted an apology on Instagram and earlier this month, the actor also released a video where he apologised to Chris saying, “Chris, I apologize to you. My behaviour was unacceptable and I’m here whenever you’re ready to talk.” The actor in his video also added, “I am deeply devoted and committed to putting light and love and joy into the world. And, you know, if you hang on, I promise we’ll be able to be friends again.”

Following the sl*pping incid*nt, the Academy announced its decision of b*nning the actor from attending the awards ceremony for ten years. The decision was announced a week after Smith publicly resigned from the Academy. 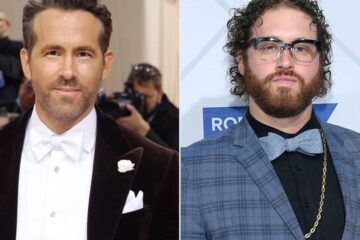