Now, who doesn’t know Beyonce? She is an American singer, songwriter and actress. She started her career at the very young age of nine. She was the lead singer of the R&B group Destiny’s Child. With all her dedication, she successfully launched her solo career and became the first black woman to headline Coachella in 2018.

She has been given several award-winning performances till now! Beyonce Giselle Knowles was the first solo artist to have six consecutive album hits. She debuted at the No.1 on the Billboard 200 chart. As she celebrates her 41st birthday today, let us know some amazing facts about her.

She won the talent show at the age of 7

Beyonce was competing with the people who were older than her. This helped her career a lot to grow. Beyonce won 35 more competitions in a row at that time.

Sasha Fierce is the name of the alter ego of Beyonce which she developed to overcome her stage fright. As she used to say, on stage she is a different person but in real life, she would not do things which she does on stage. Although in an interview in 2010 she declared that there is no more Sasha Fierce! She said, “Sasha Fierce is done. I k*lled her”.

Beyonce used to perform for people at her mother’s salon

Beyonce is very close to her mother and can be found talking about her at several occasions. In an interview, she shared that her mother was a hairstylist and had a salon. Beyonce use to help her mother out but sometimes, her mother made her sing for the customers or for her friends. Beyonce was always a natural performer, you know!

Beyonce ran while singing during her vocal trainng

Beyonce’s father use to believe that for her stamina building and proper training, running while singing will be of great help. She used to run while singing for the major part of her vocal training.

Beyonce once had a pet Python named Fendi

In an interview, she shared that when she used to live with her cousin, they owned a snake. They even use to sleep with their snake next to her.

Beyonce has said that number 4 has a great significance in her life. The birthdays of her loved ones and her own birthday are on the fourth. She also has a roman number four tattooed on her finger. 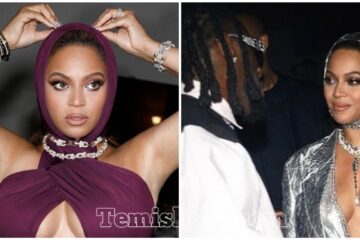 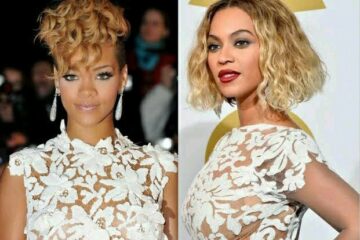 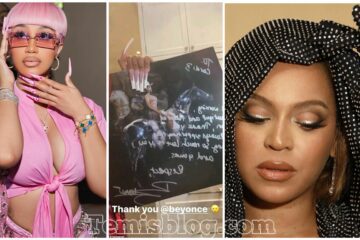