The Kardashians clan has started prepping for the 2022 holiday season. Fans are amazed to have a glimpse of the cast members’ Christmas decorations.

The Kardashians stars are always party-ready, and Kardashian-Jenners are prepping for Christmas and sharing decorations of their houses for the holiday season in 2022. The most popular reality TV show family is ready to welcome a grand Kardashian Christmas this year.

In 2021, every member of the Kardashian family uniquely celebrated the holiday season. Kourtney Kardashian took a trip to Disneyland with her kids, Kris Jenner released a cover of “Jingle Bells” on Christmas Eve, and the Kardashian-Jenner kids had fun playing with Elves and many more activities. Fans are intrigued to know what the Kardashians have planned out for this holiday season.

The Kardashian-Jenners have started revealing small snapshots of their decorations this year. From Kylie Jenner showing off her massive tree, to Kourtney Kardashian sharing a glimpse of her first holiday season after getting married to beau Travis Barker, it comes as no surprise that the Kardashian clan always does it big for the holidays. The Kardashians never fail to surprise their fans by going out of the box and doing something iconic every year, like decorating a “Kandyland Kristmas” tree, making gingerbread mansions, and putting an extra Elf on the Shelf. Here is a glimpse at how The Kardashians stars have decorated for the 2022 holiday season.

The beauty mogul, Kylie started the festivities by placing a giant Christmas tree in her foyer that almost reached the ceiling. She shared a video on her Instagram, which featured her Christmas tree decorated with beautiful white lights and ornaments, with red and green colors. Kylie captioned her post saying, “Tis the season.” The 25-year-old also showed a glimpse of her daughter, Stormi Webster, decorating the Christmas tree with Santa, candy canes, and many more.

The Kardashians Momager Kris Jenner Displayed An Elf On The Shelf

The momager Kris joined her daughters and revealed cute Elves that were gifted by “Elf on the Shelf.” Kris shared a video on her Instagram story which featured 12 dolls, each representing her grandchildren and one of them representing herself. Every individual doll was labeled by the names of the kids they were representing. This was the cutest Christmas decoration that The Kardashians fans were waiting to see.

Kim is now 42 years old and recently divorced, and is all set to enjoy peace in her life. As the holiday season is approaching, the SKKN founder took to her Instagram stories and showed off a beautiful glittery view from her ensuite bathroom.

Kim had multiple white trees decorated around her house with cheerful white lights. The Kardashians fans were in awe after having a look at all the Kardashian-Jenners’ over-the-top decorations for the 2022 holiday season. 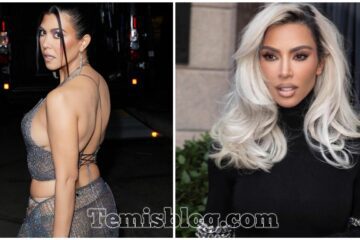 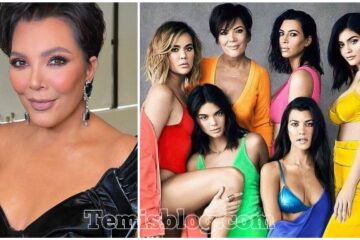