According to a report by India’s New Delhi TV station on the 5th, the Indian Law Enforcement Agency raided 44 locations across the country that day, Chinese mobile phone maker vivo and other related companies, claiming to investigate whether they were engaged in so-called money laundering activities. Later on the 5th, vivo responded to the Global Times on the matter, saying: “vivo is cooperating with relevant Indian authorities to provide them with all the information they need. As a responsible company, we strictly abide by all local laws in India. regulations.”

According to reports, the raids against Chinese companies were distributed in the Indian states of Bihar, Jharkhand, Uttar Pradesh, Himachal Pradesh, Madhya Pradesh and Punjab. In fact, the Indian Law Enforcement Agency’s raid on vivo has long been foreshadowed. About two months ago, after another Chinese mobile phone maker, Xiaomi , took judicial action for allegedly violating foreign exchange control laws, documents from the Indian Ministry of Corporate Affairs showed that the Indian government was investigating the possible existence of Chinese-funded companies such as vivo in India. “Financial Misconduct”. The report also stated that the Indian government department had launched an investigation into vivo as early as April this year on “whether there are major irregularities in ownership structure and financial reporting”, but the specific content and results of the investigation have not been disclosed.

Since the conflict between China and India in the Galwan Valley in June 2020, the relationship between the two sides has become tense for a time. Some departments in India have begun to constantly politicize economic issues and gradually shift the focus of suppression to Chinese companies in India. At the end of 2021, the Indian tax department will search companies such as Xiaomi and OPPO ; in February this year, after the Ministry of Electronics and Information Technology of India issued a ban on 54 apps (most of which are products of Chinese companies) on the grounds of “security threats”, India The tax department also searched Huawei ’s offices in India; in April, the Indian Law Enforcement Agency accused Xiaomi of violating the Indian Foreign Exchange Management Act and froze Xiaomi’s 55.51 billion rupees of funds. At present, India’s crackdown on Chinese companies is still spreading. According to a report by Bloomberg in the United States at the end of May, the Ministry of Corporate Affairs of India has begun to review the accounts of more than 500 Chinese companies in India. In addition to ZTE and vivo, Xiaomi, OPPO, Huawei, Alibaba and other companies with operating units in India are all reviewing column.

Previously, after the news of the relevant Indian authorities investigating vivo and other Chinese companies was exposed, it has attracted the attention of the Chinese side. Chinese Foreign Ministry spokesman Zhao Lijian responded to this at a regular press conference on May 31, saying that the Chinese government has always required Chinese companies to operate legally and compliantly overseas, and at the same time firmly supports Chinese companies in safeguarding their legitimate rights and interests. Zhao Lijian stressed that the Indian side should act in compliance with laws and regulations and provide a fair, just and non-discriminatory business environment for Chinese companies to invest and operate in India. 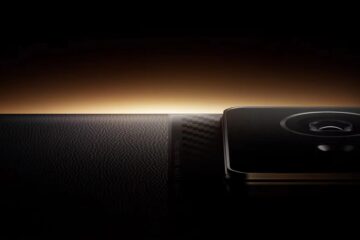