Grammy award-winning singer, Justin Bieber has showers accolades on American model wife, Hailey Bieber as they celebrate 4 years of being together as married couple.

The pair, who secretly wed in September 2018, celebrated their fourth anniversary as a married couple on Tuesday.

To mark the milestone, the Canadian singer shared a black-and-white selfie of him and his wife laying next to each other with an adorable puppy in between them.

“Happy anniversary to my best friend and wifey @haileybieber .. thanks for making me better in every way,” Justin, 28, captioned the Instagram post.

Echoing the same sentiment, Hailey, 25, also shared a sweet Instagram post featuring a carousel of images of the couple.

“4 years married to you,” she wrote in the caption. “The most beautiful human I’ve ever known… love of my life. Thank God for you. .”

One snap shows the couple sharing a kiss at their South Carolina wedding ceremony, held almost one year after they tied the knot in a New York City courthouse, featuring Baldwin’s veil that read “Till D**th Do Us Part.”

In September 2018, Justin and Hailey were secretly married just two months after getting engaged in the Bahamas on July 7, 2018. “They went ahead and did it without listening to anyone,” a source close to the couple disclosed according to People.

On Sept. 30, 2019, the couple celebrated with a larger ceremony in front of family and friends. Justin and Hailey, who wore a custom Off-White wedding gown, exchanged vows and Tiffany & Co. rings at the Montage Palmetto Bluff in Bluffton, South Carolina.

This summer, the couple took a two-week trip to the Bahamas after Justin was diagnosed with Ramsay-Hunt Syndrome and forced to postpone the U.S. leg of his Justice World Tour. (The singer has since canceled all remaining shows to prioritize his health.) 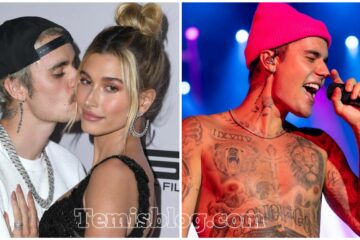 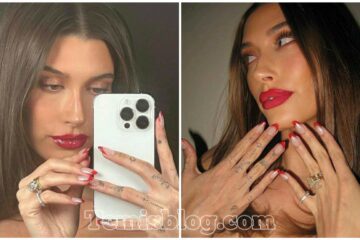 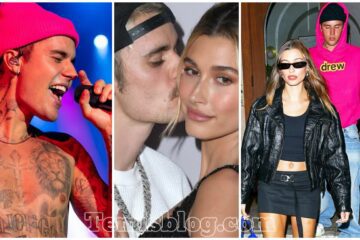