Fans of actress, Daniella Okeke have expressed concern for the once thick actress over her sudden weight loss.

Daniella Okeke, who was one of the most curvy women in Nollywood, shocked her fans when she debuted a much slimmer figure.

The actress seems to have ditched her BBL, as boobs and butocks have drastically reduced.

Daniella, who is vacationing in Belgium, took to her Instagram page, to show off her new look. Daniella’s new body can give the likes of Agbani Darego, a run for their money.

Taking to her comment section, her fans expressed concern over her new look. One fan queried where her ass went and the actress replied, comically stated that she is looking for it.

The fan identified as Ukinebo Iyamu wrote, “Where your yansh come go now

Daniella Okeke replied, “Me self am looking for”.

Ede Valentina: “What happen? You look different recently. But you look good tho”.

Replying her, Daniella Okeke stated that she lost weight. “I lost weight datz it. Thanks”.

One Ovoko Man wrote, “Why did you slim down, I love you thick

One Mandu Eyo wrote, “You lost weight, looking so good 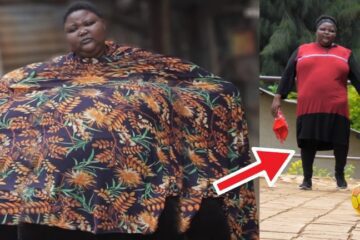