Prince Harry is marking his 38th birthday today as he continues to mourn the d**th of his grandmother, the Queen, one week ago.

The Duke of Sussex, who is now based in his $14 million mansion in California having stepped back from royal duty last year, is currently in the UK after what was supposed to be a whistlestop tour of Europe.

Instead of returning to the US for his birthday to reunite with his children, Archie and Lilibet, he and Meghan Markle are currently in the UK, where they have been mourning the d**th of the Queen.

Yesterday, the Duke seemed overcome with emotion as he honoured The Queen for her moving lying in state service inside Westminster Hall.

While it is currently not known how the Duke and Duchess will spend his big day, it appears unlikely he will spend it will his family – with Kate and William due to travel to Norfolk to view floral tributes to the Queen, and the King spending the day in Gloucestershire.

While it is currently not known what he will do for his special day, and whether he and Meghan will choose to mark the occasion with other members of his family, it will be a far cry from his last two birthdays.

The Duke’s 36th birthday was his first after Megxit happened and occured during the Covid-19 pandemic.

It came weeks after he and Meghan signed a mega production deal with Netflix believed to be worth around $150million, announcing their intention to provide ‘hope and inspiration’ with their upcoming documentaries, feature films and children’s programming.

At the time, it was reported he had spent the day feeling ‘happier than ever’ and ‘didn’t miss his old life at all’.

Instead of returning to the US for his birthday to reunite with his children, Archie and Lilibet, he and Meghan are currently in the UK, where they have been mourning the d**th of the Queen (pictured, at yesterday’s service in Westminster Hall)

Meanwhile his 37th birthday was also reported to have been a ‘low key’ affair, with a small gathering at his mega mansion in Santa Barbara.

A source close to the Duke and Duchess of Sussex said at the time the couple had opted for a small and more relaxed celebration amid recent world events, and were  focusing on ‘being of service’ rather than being socialites.

‘Meghan is planning a low-key birthday dinner for Harry. In light of what’s happening in the world – from Afghanistan to Covid – they both decided to keep it simple,’ the insider told DailyMail.com last year.

‘Meghan said they she’s making a carrot cake with the help of Archie, and that guests will include Doria and a few close friends.’

However today’s celebrations will likely be a different kind of affair for the couple, who are believed to be staying at their home of Frogmore Cottage during their extended trip to the UK.

It is currently unknown if they have flown their children Archie and Lilibet to join them to mark the occasion, or whether they will attend the Queen’s funeral on Monday.

Meanwhile it is also unclear whether the couple will try to celebrate in some way with the Duke’s brother Prince William and his wife Kate Middleton, or his father King Charles.

The new Prince and Princess of Wales are due to travel to Norfolk today, to look at floral tributes to the Queen.

Meanwhile the King is at his Highgrove home in Gloucestershire for a private day of reflection.

He is not expected to attend any public events today.

It appears unclear how relations have been between the family this week, though Prince Harry and Prince William appear to have put their differences aside as they mourn the Queen.

Harry is marking his birthday as sources claimed there have been difficult discussions over the past few days over his children will be granted HRH status when they are appointed by prince and princess by King Charles III.

Archie, three, and Lilibet, one, are set to be officially made prince and princess in the near future as Charles has agreed to issue a Letters Patent to grant the titles.

But a report claims that following tense talks between the new King over recent days, the Sussexes have been left ‘furious’ that their children will not also get HRH titles.

Harry and Meghan are said to have highlighted that Prince Andrew’s daughters Beatrice and Eugenie have HRH status despite not being working royals.

The touching moment is the first time the couples have been seen together since their surprise walkabout together at Windsor Castle on Saturday, and a rare show of togetherness

A source told The Sun: ‘Harry and Meghan were worried about the security issue and being prince and princess brings them the right to have certain levels of royal security.

‘But they have been left furious that Archie and Lilibet cannot take the title HRH. That is the agreement — they can be prince and princess but not HRH because they are not working royals.’

It comes after Prince Harry seemed overcome with emotion as he honoured Queen Elizabeth II for her moving lying in state service inside Westminster Hall on Wednesday.

As the late monarch’s coffin was placed in the hall, photos captured a poignant moment for the Duke of Sussex as he held his head in his hand, shielding his eyes, and looked down.

Wearing a suit decorated with medals, he is standing next to the Duchess of Sussex, who is looking down with a sombre expression on her face.

Prince Harry and his brother Prince William stood together with their wives Meghan and Kate as they put aside their bitter feud to pay their respects to their grandmother.

The Sussexes stood at the back of the group of royals, with Harry directly behind William and Meghan behind Kate.

The touching moment is the first time the couples have been seen together since their surprise walkabout together at Windsor Castle on Saturday, and a rare show of togetherness.

Royal couples left the building side by side, with the Duke and Duchess of Sussex holding hands and the Princess of Wales rubbing her husband’s arm reassuringly. 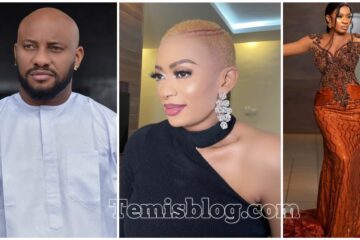 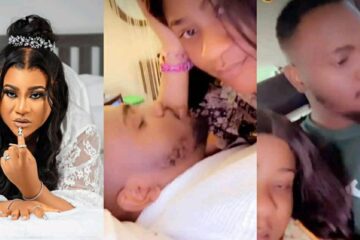 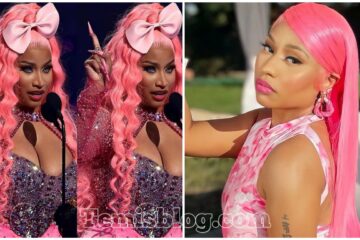