ASUS’ ROG series mobile phones have gradually found their own formula for success after the development of the past five generations. Therefore, on the ROG Phone 6 released today, ASUS did not significantly modify its specifications, but instead focused on the existing functions. Build on top of that and upgrade key hardware specs.

First of all, of course, is the upgrade of the processor. ROG Phone 6 is powered by the latest flagship Qualcomm Snapdragon 8+ Gen 1 processor and further enhanced its cooling system. In addition to maintaining the original mid-mounted motherboard and left and right split batteries to improve lateral grip comfort, ROG Phone 6 also introduces three levels of cooling mechanisms. The first is to use the boron nitride layer to conduct rapid heat conduction during short-term games to maintain the low temperature of the processor; while in medium-long games, the liquid vapor chamber is increased by 30% and the graphite heat sink by 85%. Let the heat spread to the surface of the phone faster.

If it is a longer game, ASUS has prepared a new generation of AeroActive Cooler 6 active cooler for ROG Phone 6. In this generation, Asus stopped trying to make the heatsink thinner, so it has better cooling power and four physical buttons that can be comfortably operated. AeroActive Cooler has a total of three “speeds” of cooling power. When fully powered by the mobile phone, you can choose to turn on only the fan, or turn on the fan and the thermoelectric effect element at the same time; while the third stage of full operation requires an external power supply to activate.

ASUS claims that it can reduce the temperature of the back panel of the phone from 44.8 degrees to 36.2 degrees at most. In addition to making the grip more comfortable, it can also prevent the processor from downclocking and affect the smoothness of the game. However, the AeroActive Cooler 6 is no longer included in the box with this generation, so it has to be purchased separately. The AeroActive Cooler 6 of the ROG Phone 6 cannot be shared with the ROG Phone 5, but ASUS said that it will release a version that is compatible with the Phone 5 / 5s.

Another upgrade is the ROG Phone 6’s camera system. On the ROG Phone 6, the main lens uses a 50MP Sony IMX766 sensor, while the secondary lens is a 13MP ultra-wide-angle lens. At the same time, the selfie lens also uses the 12MP Sony IMX663 sensor. In addition, ROG Phone 6 roughly follows the high specifications of ROG Phone 5s Pro in all specifications, equipped with a 6.78-inch Samsung AMOLED panel with a 165Hz update rate, a 6,000mAh battery (3,000mAh on each side of the motherboard), Dual front 12x16mm speakers, and Dirac’s audio tuning technology, plus IPX4 water resistance.

In this generation, ROG Phone 6 is divided into ROG Phone 6 Pro (bottom above) and ROG Phone 6 (top above). Most of the specs are the same, the only difference being that the 6 Pro has the option of 18GB RAM + 512GB storage, while the 6 only goes up to 16GB + 512GB. In addition, the Phone 6 Pro is equipped with a full-color “ROG Vision” PMOLED display on the back, which can display various small animations in various occasions such as booting and gaming, while the Phone 6 only has a fixed ROG Logo display with RGB backlight.

When it comes to ROG Phone, it is naturally impossible not to mention its many accessories. In addition to the AeroActive Cooler 6 cooler in this generation, ASUS has also introduced a new generation of the Kunai 3 handle system. As in the past, it can use a special protective case to “slip” to the sides of the phone to become a game console with the screen in the handle; you can also slide them onto a dedicated holder to become an independent Bluetooth Handle it.

Finally, ASUS also took this opportunity to publish a real-world product called “ROG Cetra True Wireless Pro”. Wireless Headphones. It is said that it is “true. Wireless”, in fact, the biggest feature is that it can be converted into a wired headset for use. In Bluetooth wireless mode, it uses Qualcomm’s Snapdragon Sound technology, but if you think there is still lag with wireless, you can also switch to wired and provide audio through USB-C and a 9280 Quad DAC. In USB-C mode, you can use the included in-line remote and the noise-cancelling microphone on the in-line remote, while in Bluetooth mode you can enjoy active noise cancellation and a touch control panel on the headset.

Currently we only know that the ROG Phone 6 series is priced from €999 in Europe, which is the version with 12GB RAM + 256GB storage space; while the ROG Phone 6 Pro is €1,299, which is equipped with 18GB + 512GB. The version and price launched locally will have to wait for ASUS to announce it separately. 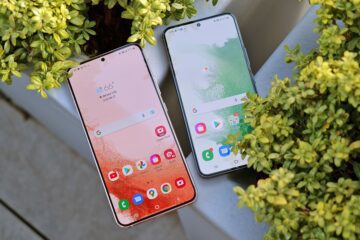