Sure enough, just a few days after the FCC approved Starlink to install satellite networks on various vehicles , Starlink officially launched satellite network services for ships. The new service, called Starlink Maritime, can provide download speeds of up to 350Mbps at sea, but the asking price is not cheap – in addition to the monthly fee of US$5,000 for the service itself, there is a one-time payment of US$10,000 for the dedicated antenna. .

At least customers can suspend service at any time, but no matter when the service is activated in a billing cycle, it is necessary to pay the monthly fee for the entire month.

Musk explained on Twitter that part of the reason antenna hardware is so expensive is because they actually contain two separate high-performance antennas, not only to ensure that they can maintain communication with satellites in poor walrus or heavy rain conditions. connection, and it must be able to withstand the humid, high-salt environment at sea.

As for the US$5,000 monthly fee, Musk admits that this is indeed a premium, but it is still a lot cheaper and faster than the US$150,000 monthly marine network that SpaceX leases itself. For comparison, Starlink’s “normal” land service hardware is US$599, while the monthly service fee is US$110.

In addition, Starlink Maritime is not actually able to truly cover the global ocean, but is limited to the coastal waters of the continental United States (excluding Alaska), Europe (excluding Norway, Sweden, Finland), southern Australia, and New Zealand. Offshore and Brazilian offshore, this should be because the current operation mode of Starlink is to transfer data between the terminal and the ground receiving station, so it is too far offshore and beyond the range of the ground receiving station, it cannot be used. Starlink expects to continue to expand Starlink Maritime’s reach in the fourth quarter of 2022 and into the next year. 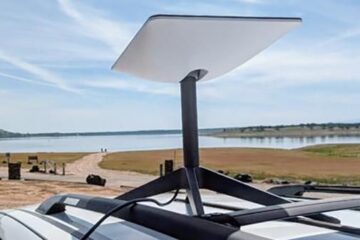