At the same time as the announcement of new mobile phones and new rings , Xiaomi also updated its own laptops and routers today. The first is the 2022 Mi Notebook Pro, which has a CNC-integrated metal body as thin as 14.9mm, and the 14-inch and 16-inch models weigh about 1.5kg and 1.8kg, respectively. Among them, the 16-inch model is equipped with a 4K OLED screen with a ratio of 16:10 and 100% DCI-P3 shooting. Its peak brightness is 600 nits, but the update rate is only 60Hz. The 14-inch model has the same proportions, brightness and color gamut, the resolution will be reduced to 2.8K, but its update rate can be switched between 60Hz and 90Hz.

It is worth mentioning that the panels of both models support ten-point touch and Dolby Vision, and after “3D LUT stereo color correction”, they can reach Delta E levels of about 0.41 and 0.33 (the Xiaomi Mi 12S Ultra also has about 0.33). The AG glass integrated touchpad used in the new machine has a 30% larger pressing area than in the past, and an ultra-wideband X-axis linear motor is also added. Users can choose up to Intel 12th generation Core i7-1260P processor and NVIDIA RTX 2050 graphics card, memory and SSD are 16GB and 512GB. The 14-inch and 16-inch correspond to 56Wh and 70Wh batteries, respectively, and both 100W GaN chargers come with the package. As for the ports, the new phone has a Thunderbolt 4, two full-featured USB 3.2 Gen 2, and a 3.5mm 2-in-1 jack.

In the router part, the newly launched HomeWiFi is a tri-band Mesh product. It will be sold in the form of a set of two, which supports automatic networking when power on, a pair can cover 350 square meters, and the number of networking routes can be up to ten. The device uses Qualcomm IPQ5018 chip and 512MB RAM. Both 2.4G and 5.2G frequency bands are 2×2, and the 5.8G frequency band dedicated to Mesh is 4×4. The two routers together can reach the combined rate of AX11700. At the same time, it is also equipped with a 2.5G wired port, and supports WiFi 6, Bluetooth Mesh gateway (can connect up to 600 IoT products) and NFC quick access function.

In terms of sales information, the combined price of two Xiaomi HomeWiFi units is 1,499 RMB. The starting prices of the Mi Notebook 14 and 16 start at RMB 5,899 and RMB 6,499 respectively, and they are currently available for pre-sale in mainland China. 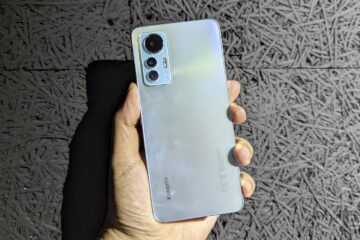