After years together, Cristiano Ronaldo and Georgina Rodriguez still haven’t tied the knot, and fans are wondering why.

The love between Portuguese football superstar Cristiano Ronaldo and their girlfriend Georgina Rodriguez is evident. The two have been in a relationship since 2016, after meeting in a Gucci store, where Georgina was working as a sales assistant.

Both experienced an instant connection at that first meeting. In an interview with Elle Italia, Georgina said: “It was love at first sight for both of us.”

Like her famous partner, Georgina had humble beginnings. She grew up in the Spanish city of Jaxa, near the French border. Determined to work in the world of luxury goods, she moved to Madrid, where she landed a job at the Gucci store. At the time of the meeting that changed her life, Georgina was sharing a cramped house with three housemates.

In her 6 episode Netflix series, I am Georgina (Soy Georgina), the love of Cristiano’s life tells about how, early on in their relationship, she would travel to work by bus and then be picked up at the end of her work day by the Portuguese striker in his Bugatti.

Since then, she’s gone from selling luxury items to owning them. Her relationship with one of the most famous men in the world has meant people want to know more about the woman he loves.

And the fans adore her, especially because they say despite her rags-to-riches story, she’s stayed grounded. Speaking on I Am Georgina about her good fortune, she says: “I don’t think I’m a phenomenon, but I do think I’m a lucky woman.”

Today she often appears as a model, has her own clothing line, and is an internet influencer with over 43 million Instagram followers.

Georgina has a net worth of over $10 million. And even though her money pales in significance compared to Ronaldo’s, she bought him a Rolls-Royce for Christmas.

Georgina And Cristiano Are Devoted Parents

From the start of their relationship, it’s been obvious that they love being a family. When the couple made their first public appearance together in January 2017 at the Best FIFA Football Awards in Zurich, they were accompanied by Ronaldo’s oldest son, Cristiano Jr.

In a cover story for the Spanish-language magazine HOLA!, Rodriguez spoke about her relationship with Ronaldo. “When I have him next to me, I have everything,” she said. “The children are our happiness — we wake up and the first thing we do is hug and kiss them.”

Just weeks after the twins’ arrival, the couple announced that Rodriguez was expecting Ronaldo’s fourth child: Alana Martina was born on November 12 of the same year.

In October 2021 the couple announced that they were expecting twins. Sadly, Bella Esmeralda was the only one of the pair to survive. Ronaldo has described the death of their son, Angel, as the worst moment in his life since his father’s d**ath.

The loss has made the couple even closer.

Their heart-breaking statement read: “It is with our deepest sadness we have to announce that our baby boy has passed away. It is the greatest pain that any parents can feel. Only the birth of our baby girl gives us the strength to live this moment with some hope and happiness.”

Having Shared So Much, Why Hasn’t The Couple Married?

Ronaldo certainly isn’t afraid of telling the world how he feels about Georgina: The five-time Ballon d’Or winner has often spoken of his love for Gio, as he calls her. “I didn’t think at the beginning that [the relationship] would be this strong. That I would fall in love with her,” Ronaldo shared in IAG.

“I didn’t expect it honestly. But after a while I felt that she was the woman of my life.”

And in celebration of her 28th birthday, he had an image of her blazoned across the tallest building in the world. The three-minute laser show which flashed onto the Burj Khalifa also celebrated the premiere of Georgina’s docu-series.

With their love for each other so evident, fans are confused about why the couple hasn’t taken the step of getting married.

There Have Been Rumors Of Engagement And Marriage

In November 2018, fans went crazy when rumors began circulating that the soccer icon had proposed to Rodriguez. This after she posted a picture on Instagram, sporting a huge diamond ring.

The post was deleted shortly after, and the couple did not respond to the speculation.

Two years later, another of Georgina’s posts had fans excited when she placed an image of herself and Ronaldo taken while they were on holiday in Ibiza. The couple was holding hands and hugging with a caption saying ‘YESSS.’ However, there was no engagement.

In 2019 Metro Entertainment announced that the couple had secretly married in Morocco, but the wedding rumors were quashed by Georgina. Speaking to Hola! Magazine, she said she would love to be Ronaldo’s wife, but he had yet to propose.

“Every couple wants to get married, and I would love to personally,” she said. “Right now we have priorities and a lot of responsibilities, although in the future it would be marvelous to become Cristiano’s wife.”

According to Gossip site Marca, Ronaldo’s mother Dolores has warned him off marrying the woman he calls the love of his life in case she’s after his money. But the megastar’s mother has denied the reports.

Speaking on Sports Brief, she said: “Stop making up stories because there’s no rift.” She also called Rodriguez her future daughter-in-law.

According to a Catalan news website, Ronaldo gives Georgina 100,000 Euros a month to cover the children’s school fees and for their upkeep.

The most famous person on the planet has reiterated his plans to marry Georgina a number of times. Speaking on I Am Georgina, he said: “It could be in a year, it could be in six months or in a month. I’m 1000 percent sure it will happen.”

In conversation with Piers Morgan, he’s twice confirmed he plans to marry Georgina. In 2019, he said: “We’ll be married one day, for sure. It’s my mum’s dream as well. So, one day. Why not?”

In November 2022, the soccer megastar revealed marriage to Georgina is definitely in his plans for the future. “I’m not thinking now about that, but I can see in the future I think I deserve, she deserves, but It’s something not coming now in my plans but in the future is yes, I want.”

It seems the most influential couple on social media will be married—when the time is right. 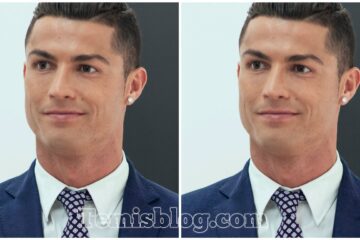 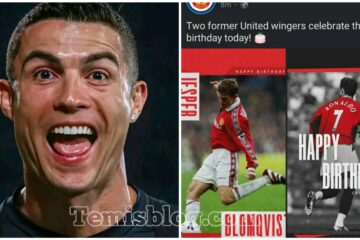 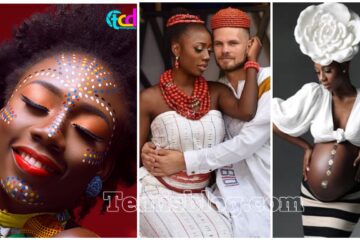