Volkswagen and Bosch have received permission from the German cartel office to start working together to develop self-driving technology, Reuters reported. It is reported that the cartel office approved the cooperation announced in January by Volkswagen software company CARIAD and Bosch. The two parties will cooperate on L2/L3 autonomous driving technology to catch up with rivals Tesla and Mercedes-Benz.

The new technology will be deployed on Volkswagen Group vehicles starting in 2023. In addition, the two parties will develop highway-based L3 autonomous driving functions.

Meanwhile, the cartel office will continue to monitor the cooperation between the two companies.

The combination of Bosch and Volkswagen will further enhance the competitiveness of both parties in the field of autonomous driving, and it will also be able to carry out electric transformation more smoothly.

1. CARIAD and Bosch form an autonomous driving technology alliance to get on the bus in 2023

In January this year, Bosch and Volkswagen software company CARIAD reached a cooperation, the two parties will cooperate based on L2-level autonomous driving technology in cities, suburbs and highways.

The technical focus of the cooperation between Bosch and Volkswagen in autonomous driving is the research and development of information based on 360-degree surround view perception, as well as data-driven software.

In addition to being applied to models under the Volkswagen Group, the systems developed by the two parties can also be integrated into the vehicles and ecosystems of other automakers.

Bosch, as a leading international car company supplier, announced the acquisition of British autonomous driving startup Five in April this year after reaching an autonomous driving cooperation with a software company under Volkswagen to strengthen its technology research and development in the field of autonomous vehicles.

Bosch said it had signed an agreement with Five in early April, but did not disclose any financial details. The acquisition still needs to be approved by antitrust authorities.

Five is a UK-based autonomous driving startup founded in 2016. It currently has six offices in the UK and a team of about 160 people. Its business focuses on cloud software, security, robotics and machine learning.

At Bosch, Five will work with Bosch to develop an agile project architecture for autonomous vehicles. It is reported that the software engineering environments of the two teams are very complementary and will be merged into a single solution.

In addition, for Bosch, the acquisition is a further move to strengthen Bosch’s market position in software and autonomous driving. Not long ago, Bosch expanded its product portfolio with the acquisition of high-resolution digital mapping company Atlatec.

It also means that Bosch will be the only company able to provide its customers with all the necessary building blocks for autonomous driving from a single source – from actuators, sensors and maps to software and engineering environments.

Conclusion: Traditional car companies and suppliers have a win-win cooperation

The transformation of traditional car companies and suppliers often encounters many internal difficulties, resulting in slow progress. However, Volkswagen and Bosch have made rapid progress in the process of transformation. Of course, this is also inseparable from its accumulation over the years.

For both parties, autonomous driving is not only an important strategic business area in the present, but also in the future. Volkswagen cooperates with Bosch to make up for its shortcomings in autonomous driving technology as soon as possible. 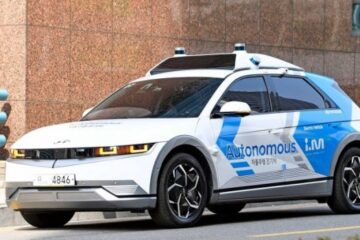 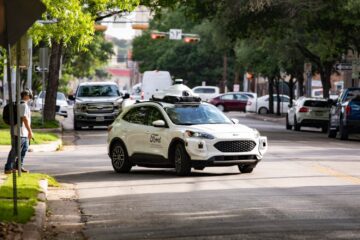