What’s his name? Kylie Jenner gave birth to her second child with Travis Scott — a baby boy — in February 2022. Initially, the couple revealed that their son’s name was Wolf Webster, but it’s since been changed.

“We just really didn’t feel like it was him,” the makeup mogul shared via Instagram Stories more than a month after he was born.

As for his new name, neither Kylie nor Travis has shared the moniker. However, they did give fans a look at his life before he was born.

In March 2022 YouTube video, titled “To Our Son,” Kylie documented her pregnancy, took viewers to her baby shower and even showcased some of his birth.

“Hi Buddy! What’s up big boy?” Travis could be heard saying at the end of the video after the baby was born. The duo welcomed their first child together, Stormi Webster, in February 2018. At the time, Kylie uploaded a similar YouTube video, which was titled,

“He’s so cute … so cute!” Kylie’s mom, Kris Jenner, shared on The Ellen DeGeneres Show in February 2022 about her grandson. “It’s amazing. I was in the hospital when he was born. It was me and Kylie and Travis … when he came out, it was like, ‘It’s Stormi being born all over again!’”

The momager said that the baby boy looks “exactly” like Stormi. “He got the best birthday. It’s 2-2-22, an angel number,” she added, referring to his birthday.

Kylie, for her part, has stayed out of the public eye for the most part following the baby boy’s birth, but she did open up about her postpartum weight loss journey via social media.

“I just want to say to my postpartum moms that postpartum has not been easy, it’s very hard. This experience for me personally has been a little harder than with my daughter,” she shared in March 2022. “It’s not easy mentally, physically, spiritually … it’s just crazy.”

In the spirit of being candid about life as a mother of two, Kylie has spoken a bit about her decision to change her son’s name. 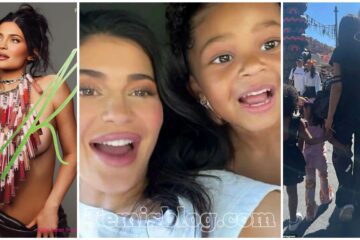 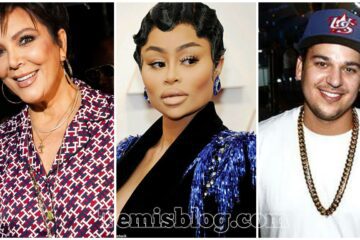 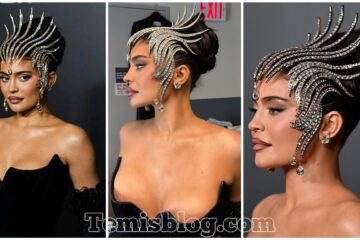