Over the years, we’ve watched the relationships between the Kardashian-Jenner sisters unfold on our televisions in “Keeping Up With The Kardashians” and “The Kardashians.”

The close-knit sister clan has had their disputes and disagreements, although they always circle right back and lean on one another.

It’s hard to imagine any of them drifting apart. However, this may be the case with the two eldest sisters, 43-year-old Kourtney Kardashian and 42-year-old Kim Kardashian.

Fans believe that Kourtney and Kim Kardashian are no longer on speaking terms.

The rumors surfaced after an anonymous tip to celebrity gossip guru DeuxMoi hinted at a feud between the two.

“2 sisters of this ikonik (sic) family are not even in contact with each other anymore,” reads the post which hints at the Kardashian family with their use of the letter K.

“You may see them in pictures but it is purely for show. A reconciliation is highly unlikely,” the post continues.

“The older one basically confirmed the falling out as well.”

This theory has been circulating on the Internet recently due to a number of factors.

In October 2022, Kourtney appeared on the “Not Skinny But Not Fat” podcast hosted by Amanda Hirsch, where she addressed that she is not as close with her sisters, Kim and Khloe as she used to be.

While she confirms that her relationship with her younger sisters is “good,” she believes that “life isn’t the same” as it once was.

Fans may remember when Kourtney and Khloe were always by each other sides in the early seasons of “Keeping Up With The Kardashians” with Kim being the outlier. Now it appears that the tide has changed with Kim and Khloe growing closer over the years.

Kourtney claims that she got distant from Kim and Khloe after they had children close together.

“I think that when Khloe was pregnant with True… Kim had a surrogate at that time so I just felt like they really bonded, like they were going through the same things,” Kourtney says.

She adds that she felt differently about filming their show than her sisters and wanted to distance herself from the cameras to spend more time with her family, which she believes caused Kim and Khloe to “gang up” on her.

“I think some of us more than others feel the need to distance sometimes or just do our own thing, have our own thing,” Kourtney told Hirsch.

“I love to keep my little bubble and as they say, ‘Protect your energy.’ And I just like to be in my own little world and enter it when I choose and then slip back in.”

Even though Kourtney states that she and Khloe are still speaking to each other despite their different life paths, she fails to mention anything about her relationship with Kim, which has some people believing that they are no longer on speaking terms.

Fans noticed that Kourtney and Kim appeared to ignore each other at press events and family gatherings.

TikTok conspiracy theorist Natalie (@nataliethehero) pointed out clues that point to the sisters’ possibly falling out in a detailed video.

Natalie believes that although Kourtney and Kim may not be on bad terms, they may no longer “deal with each other” like they used to.

She points out that Kourtney failed to attend Kim’s recent fashion show, where she collaborated with Dolce & Gabanna, the same brand that designed Kourtney’s wedding dress.

Additionally, a clip from season two of “The Kardashians” depicted Kim and Kourtney not acknowledging one another at the red carpet premiere of the show.

As Kim and mother, Kris Jenner, arrive, Kris points out Kourtney standing with her husband, Travis Barker, in front of the flashing cameras.

“There’s Kourtney, did you see Kourtney?” Kris asks Kim, who glances briefly over her shoulder at her sister, but does not walk over to greet her.

As Khloe and her four-year-old daughter, True, approach Kim, she kneels down to hug her niece while complimenting Khloe on her “beautiful” outfit.

In another incident, Kim arrives at a dinner Kourtney was hosting the weekend of her wedding.

Paparazzi captured shots of Kim upon entering the restaurant, where she greets her daughter, North, and walks right past Kourtney to other family members in the back of the room.

Throughout the dinner, the two sisters glance quickly at one another but do not converse in any way.

“These are all just educated theories,” Natalie says. However, the sisters’ behavior toward each other is raising eyebrows.

Kim recently hosted a sleepover with her nieces and nephews but Kourtney’s children were nowhere to be seen.

Kim shared an image of herself, her children, Saint and Chicago, and her nieces, Khloé’s daughter and shoppingmode brother Rob’s daughter — Dream Kardashian and True Thompson — were present and decked out in matching pajamas.

“Full house,” Kim captioned her post. None of the Disick children appeared in the photo.

While Khloe was hooked up to the polygraph, Kourtney asked her if she would ever allow True to sleep over at her house, to which Khloe answered “probably not.”

However, True appeared to be having a sleepover at her aunt Kim’s house with her cousins.

Although neither Kim nor Kourtney have not publicly confirmed a falling out, it was it quite possible that the two lead different lifestyles at this point in time, and are simply not as close as they once were with no bad blood. 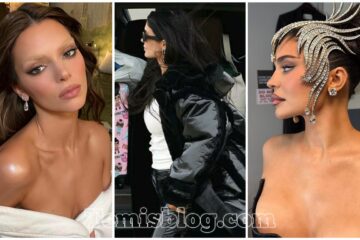 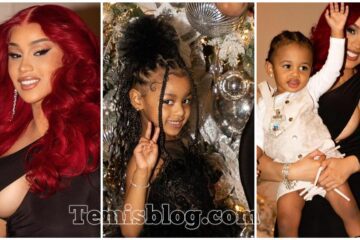 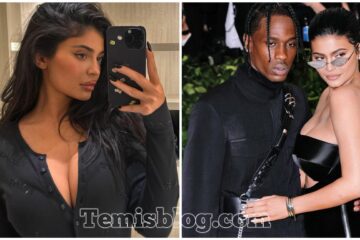